Top
You are here: Home / Authors / About Terry Owen 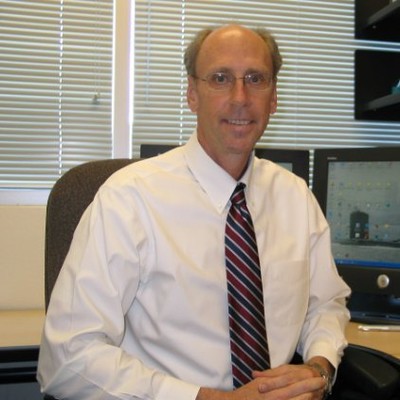 Terry Owen is currently self-employed as an independent consultant. He recently retired from Sandia National Laboratories (Sandia), a Department of Energy (DOE) laboratory based in Albuquerque, New Mexico. He is a former member of the Institute of Internal Auditors, and formerly a Certified Internal Auditor (CIA) and Certified Government Auditing Professional (CGAP). During his 17 year tenure he served in a number of capacities in auditing, financial analysis and procurement. He spent over 8 years as a manager, leading teams of up to 17 staff.

Terry served as the Procurement Policy manager for over 3 years, where he was responsible for ensuring Sandia’s procurement operations remained in compliance with the Prime Contract, Federal Acquisition Regulations, Department of Energy Acquisition Regulations, Federal Travel Regulations and myriad other criteria. He and his team facilitated the issuance of over $1B in subcontracts each year. Additionally, he was responsible for subcontractor labor law compliance including the Davis-Bacon and Service Contract Acts; the Procurement Card program; and the Procurement Center training program. He spear-headed a self-assessment of the entire Procurement Organization where both compliance and process maturity were evaluated and assisted with a procurement peer review of another DOE laboratory.

As the manager of the Contract Audit department for 5 years, his organization was recognized as the most advanced and mature audit organization in the DOE complex. He and his team were directly responsible for developing a first of its kind database to manage audits and aid in the quantification and management of audit risk. He was responsible for his organization being the only audit department within DOE to follow both the International Professional Practices Framework (Red Book) and Generally Accepted Government Auditing Standards (Yellow Book). In that effort, his organization successfully completed peer reviews under both standards, as well as preparing for and undergoing a maturity assessment where his department was evaluated as mature with a significant number of world class attributes.

His depth of knowledge and understanding of management and operating contractor audit processes were highly regarded across the DOE complex. He provided training to several other DOE laboratories and DOE site offices over the course of his career. Additionally he was instrumental in assisting Argonne National Laboratory and Los Alamos National Laboratory in developing audit programs and processes. With over 20 years of leadership experience he led Sandia’s manager training program where over 100 business managers received more than 30 hours of leadership training. He also created a course on Emotional Intelligence and incorporated it into the professional development of staff.

Terry graduated with High Honors with Bachelors and Masters of Accountancy degrees (MACCT) from New Mexico State University. Prior to his career in accounting, Terry completed a 20 year career in the Navy and is a Service Disabled Veteran. As an engineering and surface warfare officer, he served aboard a number of submarines and surface navy combatants and led teams of up to 250 staff. He also qualified as a diver, and as a pilot on submersibles down to 20,000 feet.